About 2 year(s) ago by Inns of Monterey 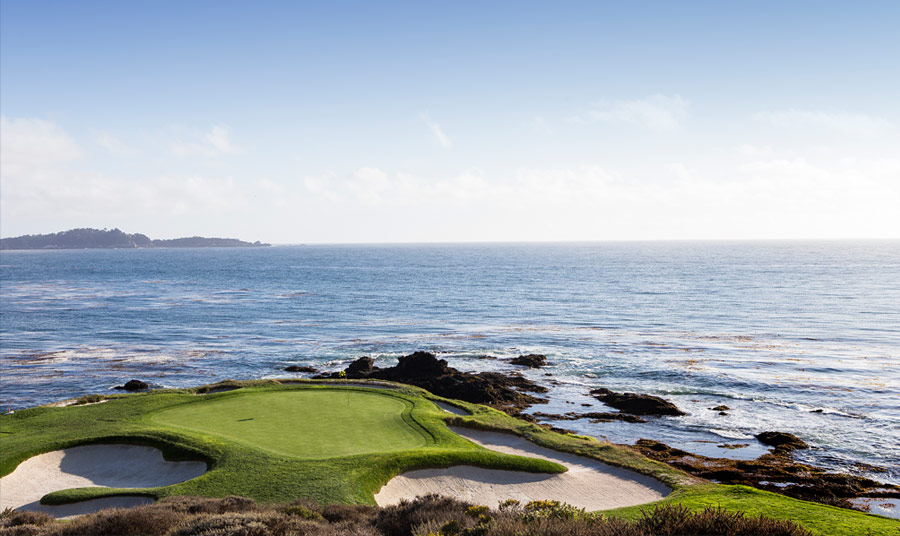 Ride the Monterey Express Shuttle to the U.S. Open at Pebble Beach and enjoy the easiest and fastest way into the tournament! Shuttle runs daily, June 13-16, from 7am to 8pm or 8:30pm on Saturday & Sunday. Pick up the shuttle at the corner of Cannery Row and Prescott Ave at Steinbeck Plaza. If you're staying at the Victorian Inn, Monterey Bay Inn or Spindrift Inn, you can easily walk to the shuttle pick-up spot. For other travelers, convenient all-day parking can be found in any Cannery Row parking garage. The shuttle is $25 per person, per day roundtrip.

The United States Open Championship is the annual open golf tournament of the U.S. It is the third of the four major championships and is on the official schedule of both the PGA Tour and the European Tour. The first U.S. Open was played October 4, 1895, on a nine-hole course at the Newport Country Club in Newport, Rhode Island. It was a 36-hole competition, played in a single day, and won by 21-year-old Englishman, Horace Rawlins. In the beginning, the tournament was dominated by experienced British players, a pattern which wasn't broken until 1911 when John J. McDermott became the first native-born American winner. American golfers soon began to win regularly and the tournament evolved to become one of the four majors.

For full details on the shuttle to and from what promises to be another exciting event, please visit www.canneryrow.com or call 831.657.6488. Don't have a place to stay? We still have limited availability at our hotels. Stay with us and witness history. Call 1-800-232-4141.

Comments
By submitting this form, you consent to share the comment along with your name on the site. We do not sell personal data to third parties. Your email address will not be made public but maybe used by us for communication purposes. If you are below 16 years of age, you are required to obtain prior permission from your legal guardian(s). If you wish to access or erase your personal information, you can do so by submitting your details here.
Digital Presence Powered by Milestone Inc.