The History of Paella

About 2 year(s) ago by Inns of Monterey 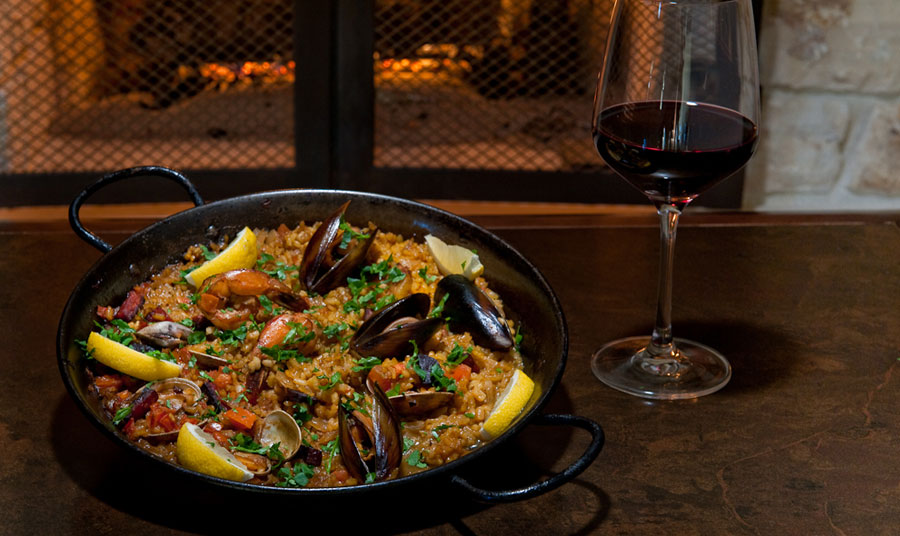 Paella, often referred to as the national dish of Spain, is a rice dish originating from the eastern shores of Spain in the city of Valencia, which borders the Mediterranean. A true Valencian paella was made using chicken, rabbit, snails, and white and green beans. While paella has evolved since the mid-19th century, it is most commonly made with a seafood mixture.

One unique characteristic of Spanish paella is the caramelized rice crust that forms on the bottom of the pan called socarrat. A shallow pan allows the rice to have maximum contact with the bottom of the pan, creating the thin crust. Small dimples in the pan are used to trap small amounts of liquid to promote even cooking.
Experience the taste of Paella at the award wining Estéban Restaurant where Chef Tom Snyder prepares three varieties; an authentic seafood paella or “Paella del Mar”, meat paella or “Paella de la Tierra”, and unique “Paella Negra” which is served with squid ink.
For more information and to book your seat at Estéban Restaurant, visit http://www.hotelcasamunras.com/dining
Comments
By submitting this form, you consent to share the comment along with your name on the site. We do not sell personal data to third parties. Your email address will not be made public but maybe used by us for communication purposes. If you are below 16 years of age, you are required to obtain prior permission from your legal guardian(s). If you wish to access or erase your personal information, you can do so by submitting your details here.